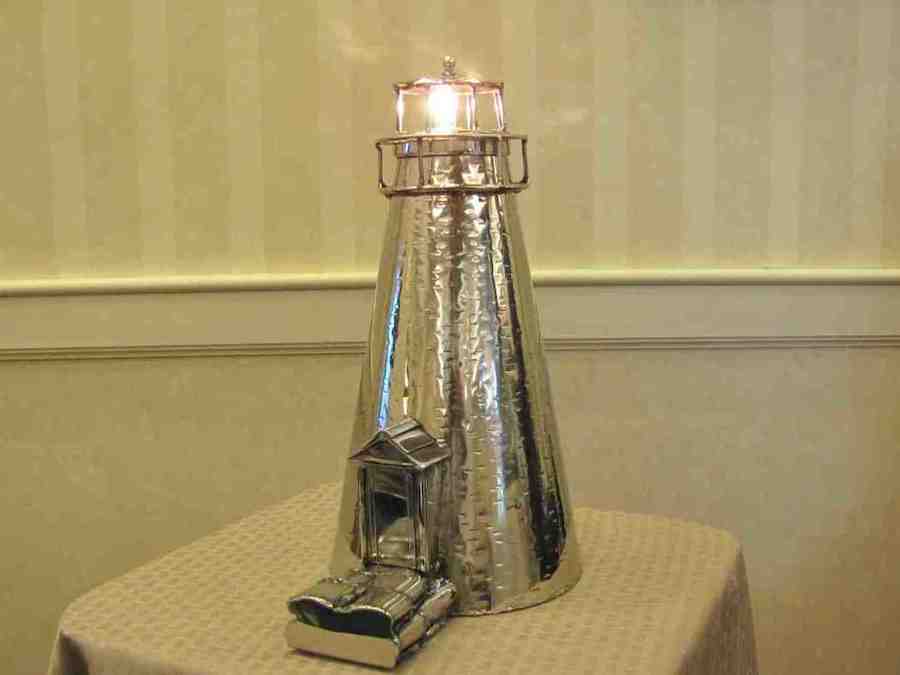 Status: In a Private Collection. (Please contact me to make a similar piece.)

This hand-formed sculpture was modeled after the Palmer Island Lighthouse in New Bedford, Massachusetts, which was built in the mid-1850’s when New Bedford was dubbed the “Whaling Capitol of the World.” This lighthouse and its keepers served the community of New Bedford for more than 100 years, protecting incoming and outgoing boats and commerce from running aground while entering and exiting New Bedford’s harbor. It was automated in the 1940’s and had fallen victim to vandalism and abandonment for several lengthy time periods until a recent restorations in 1999 turned its now solar powered light back on.

This rendition of the Palmer Island Lighthouse captures the west facing view of the lighthouse in its present condition, also capturing a portion of the stone walkway that leads to the lighthouse from Palmer Island. The piece was hand-formed and hammer-formed from 16 gauge T-304 stainless steel sheet metal, reclaimed pieces of stainless steel and 1/8″ stainless steel rods. It was welded together using the Tungsten Inert Gas (T.I.G.) welding process. The piece measures 15″ tall, by 7 1/2″ wide, by 11 1/4″ deep. The piece is lighted by a standard U.S. 110V light kit.

The piece is suitable for indoor applications only and would look just as “at home” in a commercial setting as it would on a table, shelf or desktop, in your home. 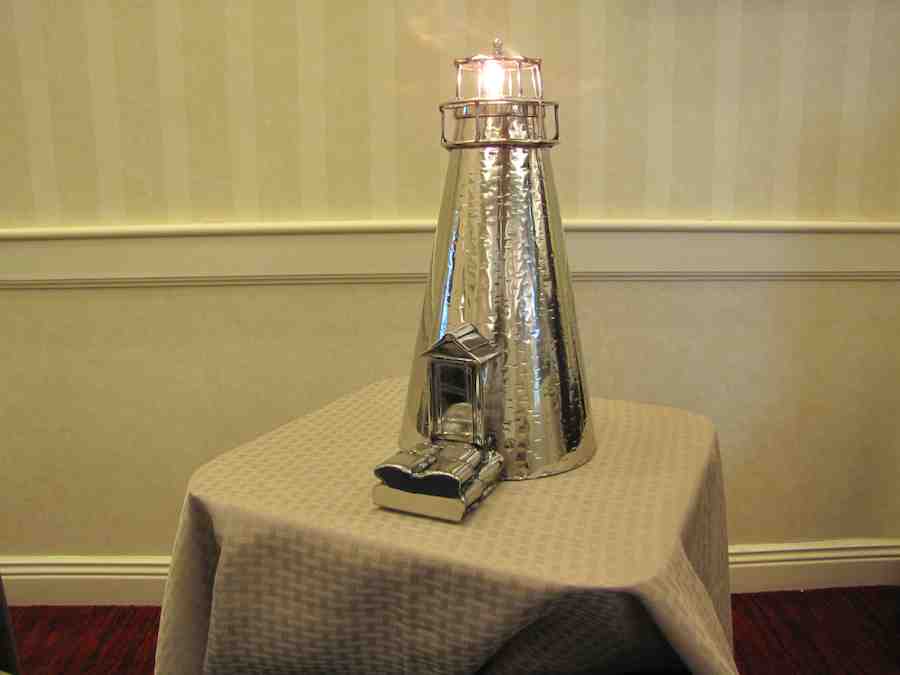 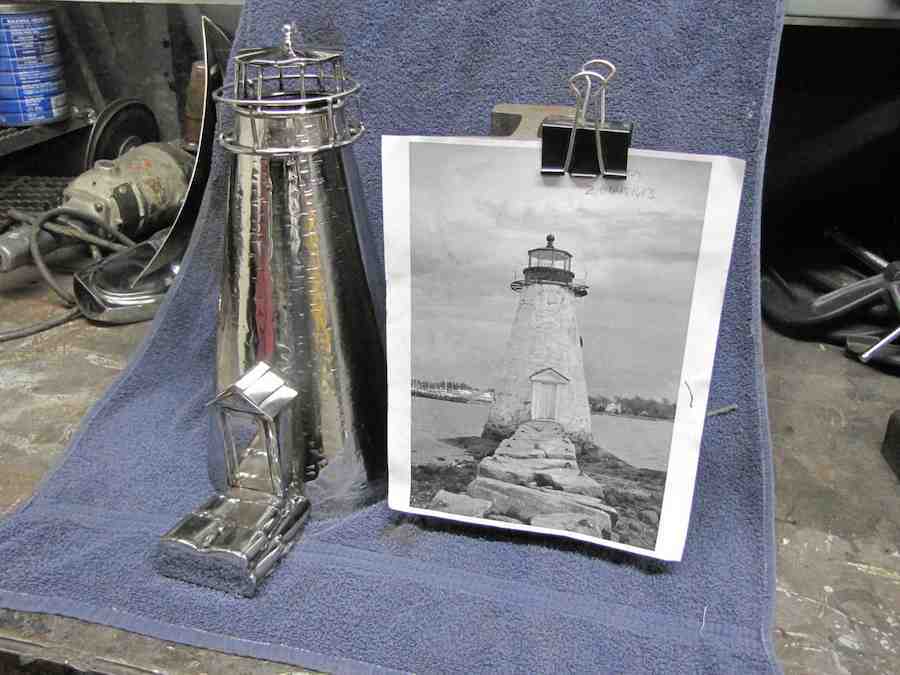 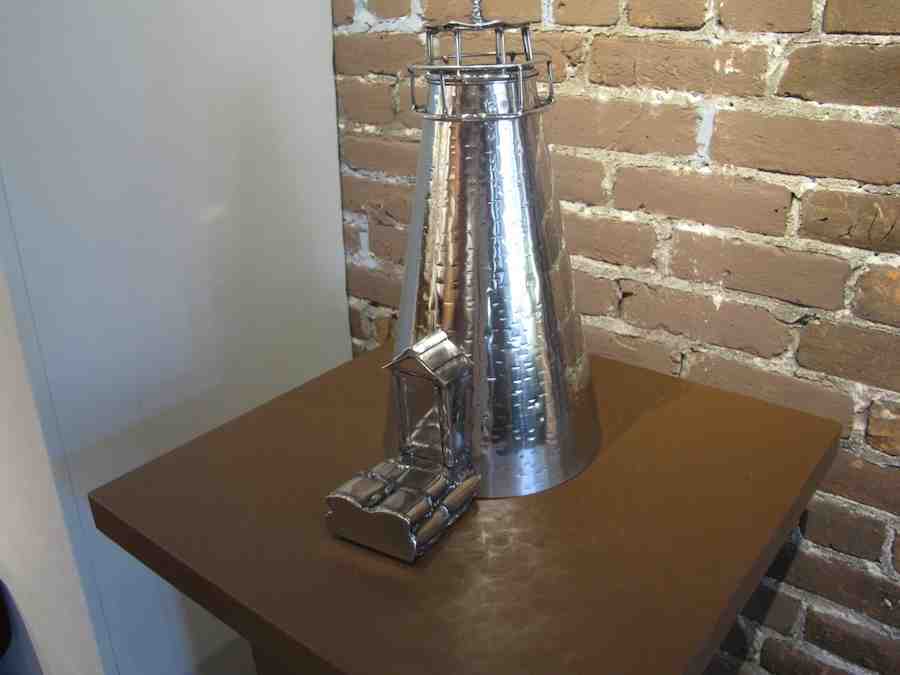 Artwork in 17 States and Counting! 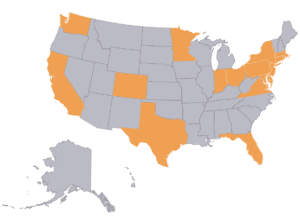 Need a special or “one-of-a-kind” gift? Metal art can make a great gift!

Create a special gift for the person who has everything or is hard to buy for. Check out the FAQ page for answers to frequently asked questions and information about commissioning a piece or purchasing available artwork, or please feel free to contact me to find out more!